During the Minsk days in Hungary, an official delegation from Belarus visited Budapest’s 21 district. Working as an interpreter at this meeting was a pleasant assignment!

On April 20, Denis Ovsyanikov, Mayor of Partizansky district of Minsk, signed an agreement on cooperation with Lenard Borbeli, the Mayor of Chepel. The next day, accompanied by a business delegation of three people, he made a one-day visit to Chepel.

Hungarian embassy in Minsk delegated the ambassador Vilmos Sziklavári. At the presentation held in the City Hall, the managing director of Csepel City Development Ltd., Lenard Borbey explained the territorial, residential and economic characteristics of the district. The Minister of Parliament Attila Abel and vice-mayors attended. 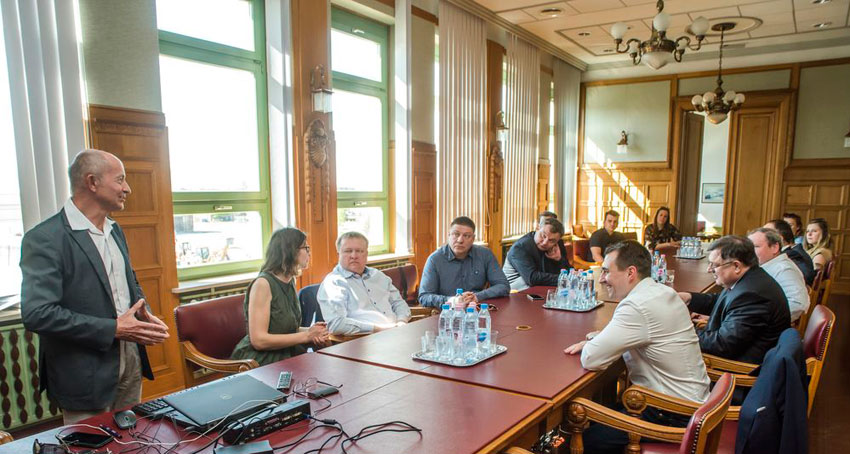 Since 2010, extensive work have begun on the development of the district, mainly in the field of infrastructure, public spaces and residential buildings. Thanks to the support from the local administration, small and medium-sized businesses are flourishing, and the number of jobs increased. To help business developing, business incubators have been created. "We are proud of our industrial past, and the industrial property we have since the times of Austro-Hungarian Empire, which represents great potential for development."

More then 5.000 companies, registered in the district, are mainly involved in trade and construction. The Mayer mentioned the active economic function of the free Port, which is an important center for logistics and transportation not only in Hungary, but throughout Europe.

The delegation hold a meeting with Miklós Marján, CEO of Szabadkikötő Logisztikai Zrt., who spoke about the possibilities of building offices and industrial premises in the Port area. Belarusian officials and executives investigated the territory of the old Manfred Weiss factory, founded in the 19th century in the industrialization era, nowadays partially abandoned, partially rented. (It is here, where the most famous Hungarian bicycle Csepel is being assembled). On the territory of the famous factory there are several military bunkers, some of them used as rehearsal spaces by particularly noisy Hungarian rock bands. 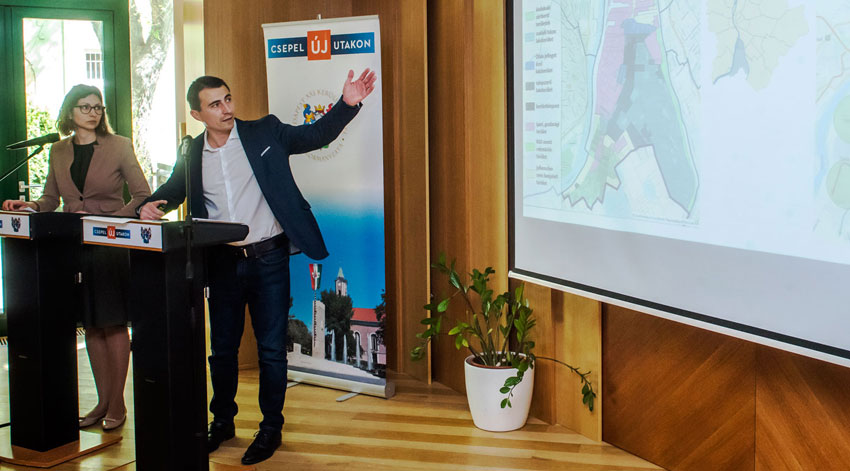 The 21st district of Budapest is located in the northern part of the island of Chepel and is the only district of Budapest, that is neither Buda nor Pest as it stands in the middle of Danube river. There is a fancy private sector, situated next to the river, formerly known as the Royal Forest. At the moment the property in Chepel is much cheaper than similar real estate options in Budapest, and is an average of 1100 euros per square meter. The transport connection with the Chepel area is very convenient: a fast railway will deliver you to the center of Budapest. By car you can drive on a renovated part of the M0 ring road.